“You can’t think of a being Marine without thinking about the Montford Pointers, because they are the beginning. You often have to question yourself. Could I have had the perseverance to come and join an organization that first didn’t want you, two that was the last to integrate?”
~ Lieutenant General Walter E. Gaskin, 2012 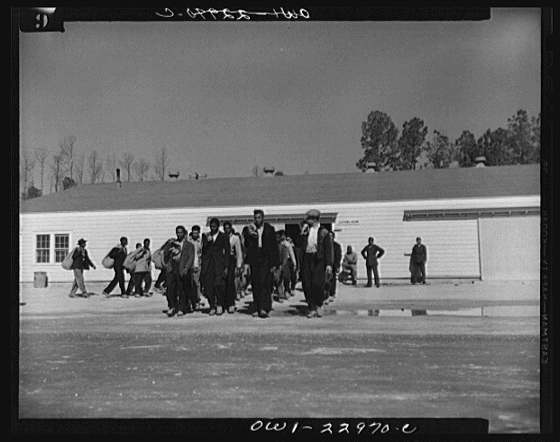 "We had no expectations...and we knew it was going to be rough."
~  Montford Point Marine Staff Sergeant John L. Spencer, Personal Interview on January 2014

"Even though we were all Marines we were kept separate. We didn't have barracks, we lived in huts, built from cardboard, painted green. Camp Lejeune had barracks but we had huts. It was located in the back woods, amid water snakes and bears."
~ Sergeant Carrel Reavis, February 3, 2014